In Loving Memory of Those We've Lost

“Do not let your hearts be troubled. You believe in God; believe also in me.  My Father’s house has many rooms; if that were not so, would I have told you that I am going there to prepare a place for you?   And if I go and prepare a place for you, I will come back and take you to be with me that you also may be where I am. ~ John 14:1-3

Please submit the loss of your loved one to the church office so we can honor him or her. 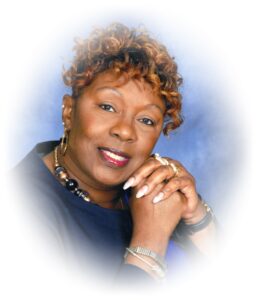 Angela Jeanne Brown was called to eternal rest on Tuesday, May 18, 2021.  She was born November 25, 1955, to Jeanne Brown and the late Lloyd C. Brown in Huddleston, Virginia and attended Newport News Public Schools.

Angela worked for Avon Fashions and for many years afterwards she was employed by Chin’s Cleaners. She was so much of an asset at Chin’s that the owners created a store for her to run.

Angela loved First Baptist Church East End and her church family. She sang in the Mass Choir, Women’s Chorus, and the Gospel Choir and was a dedicated member of the League of Christian Women. Although she had many health problems, her faith was central in her life. It guided her in all that she did. She knew no strangers, as she loved to talk and to share her faith and experiences. She would strike up a conversation with someone unknown and would always be able to find common ground, making them laugh and feel at ease. Angela was a classy lady, yet she always managed to make people around her feel at ease and nurtured. Her love for her sons and grandchildren was never ending. She was a devoted daughter to her mother and a caring sister to her brothers.

Angela will be missed by all. 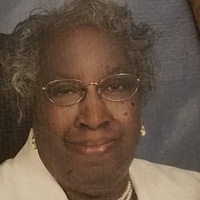 To send a flower arrangement or to plant trees in memory of Dorothy Williams Harrison, please click below to visit our sympathy store. 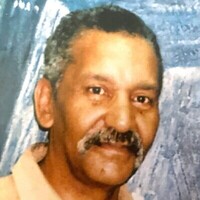 On Tuesday April 20, 2021, God called home for everlasting rest our Beloved, Lucius Edward Alston, Sr. known to most as “Loubaby or Elbow”.  He fought a good fight and finished his race.  He always said, “His good days far outweighed his bad days”.

Lucius was born on April 3, 1946, in Warrenton, North Carolina to the late Lucius and Lola Alston.  The family moved to Newport News, VA in the late 1940’s. They lived in Newsome Park and then moved to Oak Ave.

He attended Booker T. Washington Elementary School in Newport News, VA.  He was a proud graduate of Huntington High School, class of 1964.  While attending Huntington High School, he played on the Mighty Vikings football team.  He also played the trumpet in the Famous Marching 100 Band.  He would often tell the story of how he had to switch from his football uniform to his band uniform and back to his football uniform during halftime at the football games.

After graduating from Huntington High School, he was one of the first black men to attend the Newport News Shipyard Apprentice School.  He later served in the United States Army and toured in Korea.  Lucius was also a skilled fisherman and frequently gave his mom and dad shrimp, scallops, and crabs to prepare for the family.

Lucius joined First Baptist Church East End at an early age and returned to the same church in his later years.  He was a loving husband to Cynthia “Lady” Woodson Alston who will miss him dearly.

To send a flower arrangement or to plant trees in memory of Lucius Edward Alston, Sr. please click below to visit our sympathy store.